On November 20th we celebrated our 3rd wedding anniversary! As I may have mentioned before, we are celebrators. Michael will never be one of those husbands who forgets his anniversary because we start talking about it and planning months in advance. (Though, I’m sure that may change once we have kids… I hear they take up quite a bit of time….).

For gifts, we use this opportunity to be creative and we go by the traditional/modern gift lists. Since it’s so close to Christmas, we will get “real” presents then, and we love having a theme and thinking outside the box for the anniversary. 3rd Anniversary gifts are leather (traditional) and crystal/glass (modern). Kind of a challenge on a small budget!

My gifts to him: a belt, leather key chain I made him from a kit, and the Leather Scentsy bar (here’s a secret: he’s more into the Scentsy than I am….).

His gifts to me: a pretty cross covered in broken glass and a beautiful leather journal to use as a “couple’s journal” (he has always been such a thoughtful gift giver). 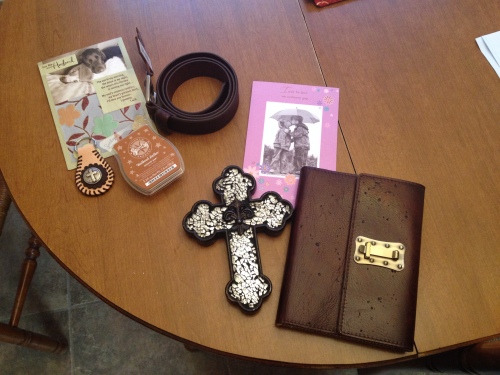 After gifts, we had a dinner at Olive Garden and then drove to my parents house in Houston to leave Oliver with them and head out for a New Orleans trip the next day! We only had 2.5 days in New Orleans, but we were able to do a lot in that time!

Here is our trip told through pictures!:

Dinner at Gumbo Shop. Delicious! I don’t eat seafood, but I did branch out and try the red beans and rice- so glad I did!

Cafe du Monde. We went in the early evening, so we beat the crowd and it was so delicious and relaxing! 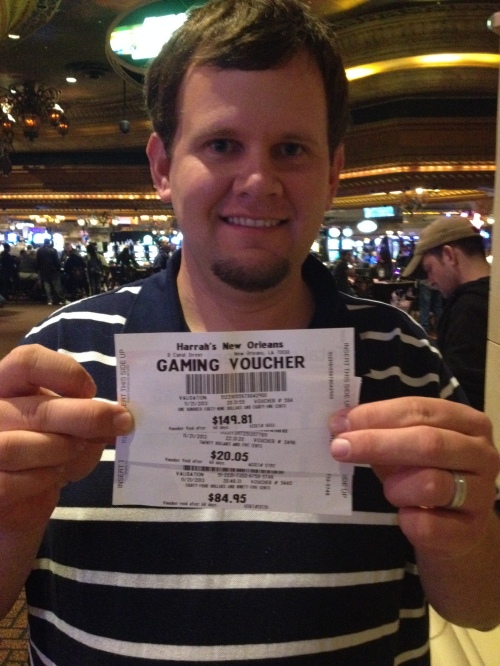 We are not gamblers, but set a limit and wanted to have some fun at Harrah’s! We ended up winning over $200! Came out ahead by a lot.

We went on a ride on the Steamboat Natchez. This was my husband’s favorite part- I think because you got to go into the engine room and watch the steam engines work.

The National World War Two Museum is not to be missed while in NOLA! But plan to spend several hours there. We only had two hours there before they closed and we had to rush! So many interesting things to read and look at. 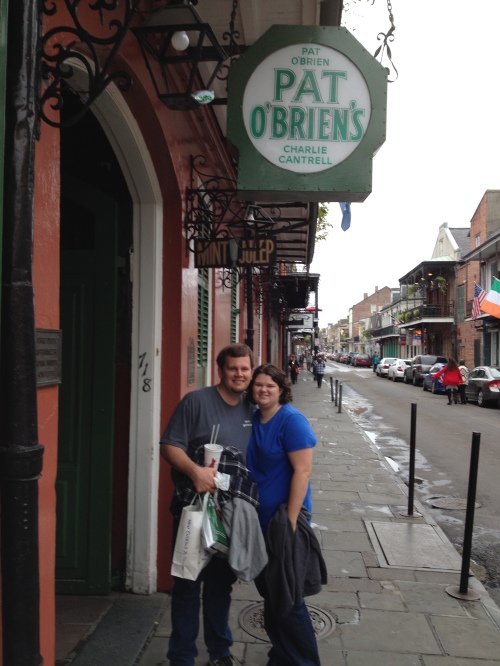 On our last morning we explored the French Quarter and had hurricanes at Pat O’Brien’s. 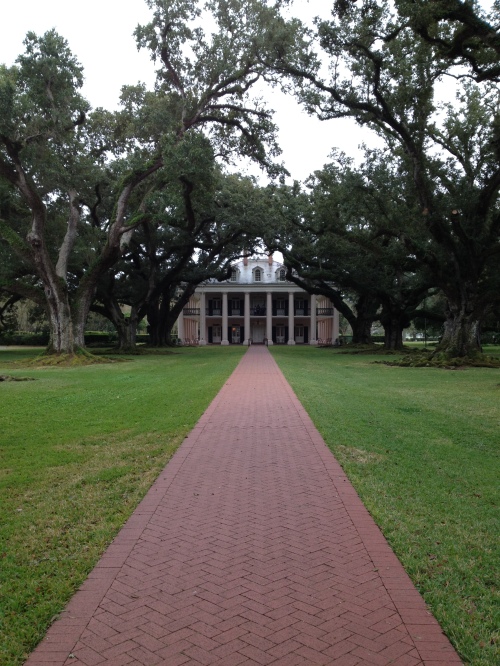 Oak Alley Plantation. My favorite part of the trip.

What a great 3rd anniversary!